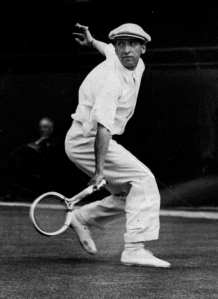 Renraku Waza, Renzoku Waza, Renketsu Dosa, whatever we decide to call them Combination Techniques seem to feature on nearly every Wado syllabus.

In my early training I was as guilty as everyone else in treating combinations as a test of memory (as well as speed and power). But there are other ways to look at them. I would urge Wado practitioners to examine them more closely. Is there perhaps something inherent in their design that has more to give us?

At first sight as we advance through the grades the sets of combinations just seem to get more complex with more techniques strung together. Yes, they were physically demanding and you got a great workout and many of the strings of techniques programmed the body well for attacking combinations used within conventional free fighting. It was a good way of reviewing your available range of techniques, but it was impossible for it to be all-encompassing. Hand strikes seemed particularly limited. In the early UK syllabus created in the 1960’s and still used by many organisations, there were only three main strikes used in combinations, as well as only three kicks (albeit deployed to different levels) and there were no explicit blocking or covering techniques, they may have been there in some small way but they weren’t really highlighted. Admittedly, since then organisations have become more creative, either by adding more techniques or completely deconstructing combinations, with varying levels of success.

The lower level combinations give good foundations on how to utilise moving in a formalised fighting guard and how to operate the mechanics of particular movements while being in that guard. But if combinations have been designed well they add another vital component that is often overlooked – transition.

Combinations looked at as a test of ‘transition’ gives a whole new perspective. When you fight you are in transition all of the time; you can either do that well, or you can do it badly. When you do it well it allows for snap changes dictated by the ever fluid physical challenges in combat scenarios and puts you a great position to deliver the necessary payload. An image that comes to mind is of the great French tennis player Jean Rene Lacoste (1904 – 1996), it is no accident that the Crocodile is used as the Lacoste logo, Lacoste’s ability to ‘snap back’ from nowhere when returning the ball was the embodiment of the ferocity of the Crocodile’s movement. For the fighter this type of tenacity and flexibility is a terrific skill to aspire towards. Look within combinations; examine what positions you find yourself in, what techniques demand the most commitment in stance and posture? Where do you feel dangerously close to over-extension and then you find yourself having to move from one extreme to another?

Some combination strings seem to create relatively easy transitions from one attack to another; while these have some value I think they are red herrings; examples being ones where the hip extension from one technique automatically and comfortably flows from that technique to another. But these are not the ones I am referring to.