‘We only have two arms and two legs’. 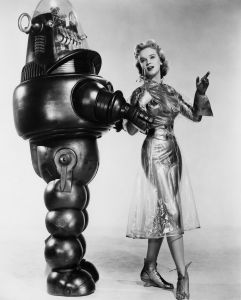 ‘We only have two arms and two legs’ is one of my least favourite sayings in the martial arts. I have to say that as a convenient aphorism it probably works well for some martial artists, but it doesn’t work for me.

It’s far too simplistic; it suggests that a human being is little more than a cartoon mechanical man; Robbie the Robot or a Lego character.

I understand that for those who are looking for neatly packaged answers statements like this have a particular allure. I have also seen this used as a trump card when Internet discussions descend into, ‘my style is better than your style’, or, ‘after all, we are all doing the same thing’ (usually to bolster the agenda of those who think a ‘buffet’ approach leads to a superior system). ‘After all, we only have two arms and two legs’.

‘We only have two arms and two legs’ is a convenience.

Although we do know that human limbs have a set length and that joints only operate through very particular ranges of movement; we also know that the body has strong areas and weak areas and that being bipedal we don’t have the advantages that quadrupeds have in balance and mobility; but this is only the beginning of the story.

There are other areas which make the task of dealing with human physical intent (fighting) significantly more problematic.

Physically the human frame in motion has to be treated like a piece of multifaceted mobile engineering, (but not bound by mechanical rigidity); this is an organic structure with complex dependencies, levers and pulleys and boundless numbers of tiny calculations which take place in a fraction of a second. Miniscule compensations which ripple through the system like complicated relays; long strands of connectivity all working in harmony. To understand this and work with (or against) it is the challenge of the skilled martial artist.

This aspect of human physiology/kinesthetics is not new; it has been examined in many diverse fields, from Myofascial theory to Alexander Technique. The sedate calculated movements of the Tai Chi practitioners also engage with this idea.

Of course this is a two way thing; all of the above relates to both sides of human engagement; the so-called ‘aggressor’ and the ‘defender’ (depending which way you want to look at it). To know, recognise and explore these qualities inside yourself extends naturally to knowing how it operates inside another person.

Beyond this is the investment of energy involved in both sides of the process (attack/defend), how do you read or calculate the amounts of energy involved and get it right? And then there is ‘Intent’; the ‘Mind’ working like a general directing troops. This also leads into another important aspect, something that humans are very good at, particularly when compared to other members of the animal kingdom, and that is the ability to calculate cause and effect, how one calculated action sets off a chain of other reactions.

All of these are a long way from, ‘We all have two arms and two legs’.

This entry was posted in Home.