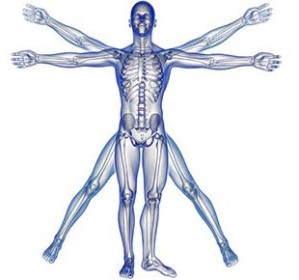 Let me start by saying that I am in no way an expert in this area and I hold no recognisable qualifications; but I wanted to put a few thoughts together about body maintenance based upon my forty-three years of experimentation, failure and accumulated damage; some of it self-inflicted. (I started my Wado training in 1974).

I say that, but in actual fact I think I have been quite lucky; I have never broken a major bone and to my recollection I have only ever been knocked out once. In my early training I did some really stupid things, practices that are now considered Neanderthal and downright counterproductive; but you can almost get away with it when you have youth on your side. In your teens and twenties you believe you are indestructible and the Mantra, ‘That which does not kill me makes me stronger’, borrowed from Nietzsche, becomes an excuse for all kinds of damaging activities. In a macho society you all support each other in the delusion that if everyone is doing it then it must be right, and so ballistic stretching, repeatedly allowing yourself to be hit, throwing yourself straight into extreme exercises with no real preparation or warm-up all seem like the right thing to do.

They say that hindsight is always 20/20 but really; what were we thinking?

Thank goodness we are now all better informed. Developments in science, as well as information available on the Internet has resulted in us all being more knowledgeable. But even that doesn’t tell the full story. We are not all the same; our bodies don’t roll off a production line. We inherit our physical capabilities and limitations from our genes and in later life we carry around the burdens created by lifestyle, accident, illness and environment.

I spent some time under the care of a very experienced physiotherapist who was helping me solve a particular joint problem. I always enjoyed treatment from him because of his blunt and frank explanations of how the body works and tales of the stupid things people do; it was worth every penny. I would advise anyone suffering with injury to seek out a really experienced physio; as someone once pointed out; you wouldn’t think twice doling out £300 to have your car fixed, what price do you put on your own body? The physio opened up a whole new world to me regarding the subtleties of the physical mechanism; how easily things can get out of whack and how resilient the body is; but it was the methods used to treat the injuries and imbalances that intrigued me the most; some of it coming out of a need to address engrained habits and the way the body, out of expediency, bodges its way through things.

Without turning this small article into a heavyweight study I want to boil everything down to a few basic pointers: